There is something so tempting about the third tier of Malaysian football. Now known as M3 League it offers up a mixture of private companies and private companies which, in the main, have little in the way of footballing history. Whereas Indonesia's Liga 3 can boast teams with pedigree like Persikabpas and Persikab, Malaysia offers up the mighty Syarikat Air Melaka Berhad (SAMB) or Ultimate. Clubs with little or  no past struggling to survive beyond a season or two. 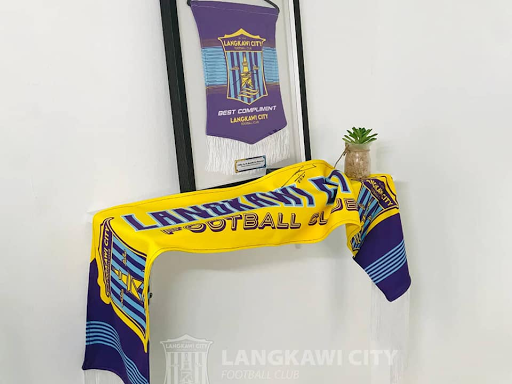 Then we have Langkawi City and who would not want to go to an away game there! Langkawi is an archipelago located in the north west of the country and, since I guess buying the licence of KL based Glory FC has been home to a ambitious football club. Well, I don't know if they are ambitious but they do have a famous name in the coaching hot-seat - former Kedah legend Nelson San Martin.

All this is fine. Tickety-boo. My gripe though lies in the name. Why opt for the Anglicized suffix of City especially when there is no such city as Langkawi? Why slavishly follow in the footsteps of an English tradition dating back to the 19th century?

Club names are important. They are part of a identity fans can identify with and in most countries they relate to local circumstances because that is what a football club is - part of a local community.  In Germany we have the likes of Bayern Munich, Borussia Dortmund, Werder Bremen. England as Aston Villa, Burton Albion, Bristol Rovers.

But why do South East Asia teams feel the need to adopt such suffixes? We have seen it in Thailand with the likes of Muang Thong United and Buriram United and in Malaysia with Petaling Jaya City and now Langkawi City. Surely the Philippines plunged new depths with United City Football Club! How can a football club truly represent its local community when half of its name has been imported in a vain bid to appeal to local who prefer English giants to their own local team? And let's face, many 'fans' of a City or United are basically glory hunters who attach themselves to a team that is successful. Are they really the future hardcore support a club can relay on?

As ever, when it comes to South East Asian football it is Indonesia which leads the way. Arema, Barito Putera, Bhayangkara, Badak Lampung, Borneo, Deltras, Sriwijaya all have names with links to their local community (or roots) and they are rightly proud of those links. It's not perfect - look at Madura United and Bali United - but it is surely the right way to go.

I wish Langkawi's football club well. I just feel that adopting a name that better reflects its own origins and area is a better way to go, in their case Pulau Langkawi?