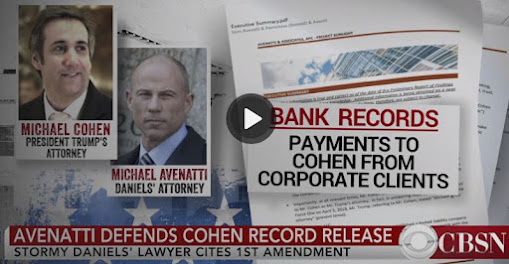 Criminal investigators are getting their first look at materials gathered from raids on the home and office of President Trump's personal lawyer as a process to separate items subject to attorney-client privilege appears to be meeting a judge's demand that it occur speedily and efficiently.

The progress comes just days before U.S. District Judge Kimba M. Wood will preside over a fourth hearing resulting from Michael Cohen's efforts to gain influence over what potential evidence seized in the April 9 raids can be deemed subject to the privilege and blocked from the view of criminal prosecutors. Prosecutors say they are investigating possible fraud as they study Cohen's personal business dealings.

Wood last month designated a former federal judge, Barbara Jones, to serve as a neutral party — known as a special master — and resolve disputes over what items can be kept secret and out of the view of investigators.

Twice, Jones has filed letters updating the status of the privilege search, most recently a week ago. She said she will provide Wood with a timeline for concluding the privilege review once she has received enough of Cohen's electronic property.

The first materials to face the scrutiny of Jones and lawyers for Cohen, Mr. Trump and the Trump Organization, were likely the easiest to study: eight boxes of paper documents.

The majority of what was seized, though, was contained on over a dozen electronic devices, including computers, cellular phones and an iPad. The paper documents, numbering in the hundreds or thousands, were processed over a two-week period, enabling criminal prosecutors in recent days to begin scrutinizing raid materials for the first time.

But it is likely that the electronic documents, containing a much larger volume of materials, will take longer to process.

Jones said in a letter to the court a week ago that the government was expected to produce all of the content from the raids except for the electronic contents of a single computer by Friday. Then, lawyers for Cohen and Mr. Trump will designate items they think are subject to attorney-client privilege as the same time Jones is making her own designations.

At hearings last month, Wood said she wanted the process to move much faster than the more than a year that it took lawyers to resolve privilege disputes after a civil rights attorney was arrested in a terrorism probe in 2002.

Joanna Hendon, a lawyer for Mr. Trump, said last month that even the president was ready to "make himself available, as needed" to aid the attorney-client privilege search.

Lawyers for Cohen had pledged that they were ready to work around around-the-clock, if necessary, to ensure there was no delay.

Last month, Cohen's lawyers revealed that his three clients in 2017 and 2018 were Mr. Trump, Elliott Broidy — a Trump fundraiser who paid $1.6 million to a Playboy Playmate with whom he had an extramarital affair — and Fox News host Sean Hannity.

In court papers, prosecutors have said the searches "are the result of a months-long investigation into Cohen, and seek evidence of crimes, many of which have nothing to do with his work as an attorney, but rather relate to Cohen's own business dealings."

The raids were authorized by a federal magistrate judge based on factual information presented by federal prosecutors in New York. They were triggered in part by a referral from special counsel Robert Mueller, who separately is looking into Russian interference in the 2016 U.S. presidential election.