LAS VEGAS - A modern classic of a middleweight title bout revealed the same truism boxing fans knew all too well coming in: Death, taxes and Canelo Alvarez getting the benefit of the doubt. One year after a controversial split draw spoiled their first meeting in a fight most observers felt Gennady Golovkin had won, Alvarez claimed a majority decision in a thrilling fight in front of a sellout crowd of 21,965 at T-Mobile Arena to unify GGG's WBA and WBC titles with his own lineal championship. 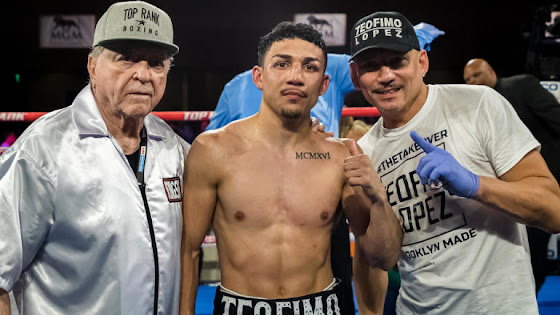 Alvarez (50-1-2, 34 KOs), who failed a pair of drug tests in February that forced the postponement of their originally scheduled May rematch, showed an incredible chin in pressing the action and trading with the bigger puncher Golovkin (38-1-1, 34 KOs) throughout.

The controversial scoring from the first bout ultimately repeated itself but not in such an egregious manner thanks to how close the rounds were contested in a rematch that was fought with tremendous skill at a hellacious pace. Judge Glenn Feldman scored it 114-114, while Steve Weisfeld and Dave Moretti had it 115-113 for Alvarez.

CBS Sports scored it 116-112 for Golovkin, who angrily left the ring after the decision and declined a post-fight interview.

The 36-year-old Golovkin outlanded Alvarez, eight years his junior, 234-202, according to CompuBox. Alvarez had the advantage in body shots landed by a 46-8 margin and in power punches, 143-116.

"If the people want a third fight, we will do it again. But for now, I want to enjoy the moment with my family and my people," Alvarez said. "But if they want us to do it again, no doubt."

The fight was beautiful to behold as the pair of top five pound-for-pound boxers eschewed the conservative moments of their still entertaining first bout by upping their output and intensity to leave nothing up to chance. The result was dramatic ebbs and flow in the first six rounds that gave way to phone-booth fighting for much of the second half.

As a result, Golovkin suffered a cut above his right eye and showed a large blemish below it. Alvarez, meanwhile, had a much larger laceration above his left eye.

"I showed my victory with facts," Alvarez said. "He was the one who was backing up. I feel satisfied because I gave a great fight. It was a clear victory."

To Alvarez's credit, he clearly learned from the mistakes he made in the first fight by taking the lead with his jab and utilizing his quickness in the first half to counter Golovkin at close range and force him to lower his output. Alvarez also became the first fighter to noticeably back the predatory Golovkin up for stretches in the first six rounds, all in an attempt to back up his claim that he would win via knockout.

"It was very difficult and [Golovkin] is a great fighter," Alvarez said. "I tried to do [the knockout], but in the end, it was a great victory for Mexico. I want to thank my corner, which is the best in all of boxing. I am a great fighter and I am a great rival and I showed that tonight."

Although Golovkin proved, in terms of his output to the body (which raised from six punches landed in the first fight to eight on Saturday), that he hadn't learned from one of his biggest mistakes last September, he began a second-half surge in Round 7 just went it seemed as if he might be fading.

Golovkin stepped on the gas and relied on his jab and clean power shots. The more the action intensified in the second half, the more GGG thrived in the firefight format as the bigger puncher, which will be looked at as proof by those who scored it for Golovkin that he deserved the nod in the closer rounds late.

Alvarez was visibly hurt twice in Round 10 as Golovkin walked him down with power shots for his biggest round of the fight although Alvarez was amazingly able to stay on his feet. Abel Sanchez, who spent the majority of the last 12 months criticizing Alvarez for not fighting toe to toe in the first fight, gave Alvarez his respect afterward.

"We had a great fight and the one we expected the first time around," Sanchez said. "I had it close into the 12th round. We had good judges who saw two different things. I can't complain about the decision, but it's close enough to warrant a third fight. Canelo fought a great fight. Congratulations."

The frantic final round featured flurries of power shots from both with Golovkin appearing to hold the advantage as Alvarez was briefly wobbled. Although Feldman scored the round for Golovkin, both Moretti and Weisfeld had it for Alvarez. Had even one of them scored it for GGG, the rematch would've ended in another draw.

Golovkin didn't speak to the media immediately after the fight as he sought medical treatment for stitches on his eye.